Thank you for your patience while we retrieve your images.

Visitors 135
390 photos
Andreas Makaris was born in Athens in 1951. His father’s birthplace is Naxos where the whole family worked as potters and where Andreas had his first lessons at the potter’s wheel of his grandfather Christos.

He graduated from the School of Ceramics in Athens and went on to teach pottery techniques in the same School for the next 6 years. Andreas Makaris’ work has won 5 awards at the Greek National Pottery Exhibition, that takes place in Athens every year.

The artist lives and works in Santorini since 1985. Numerous times he came to the island and was pulled by its wild and strange beauty to set up home. Away from the streetful city of Athens, he is able to work more freely, inspired by the profuse light and the hidden mysteries of Santorini’s ancient past. He started experimenting with the replication of prehistoric Cycladic pottery and he has refined the technique to produce exact, full-scale reproductions of ancient theraic vessels. At the same time his work often combines contemporary ideas with traditional techniques. 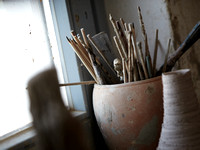 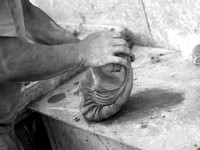 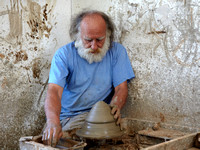 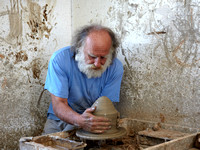 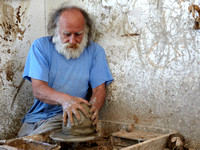 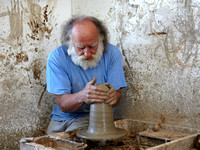 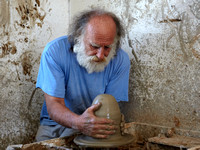 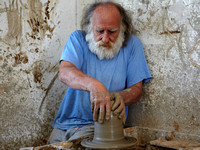